Learn more about the history, terms, and processes of the UN climate change negotiations and COP26 in particular. 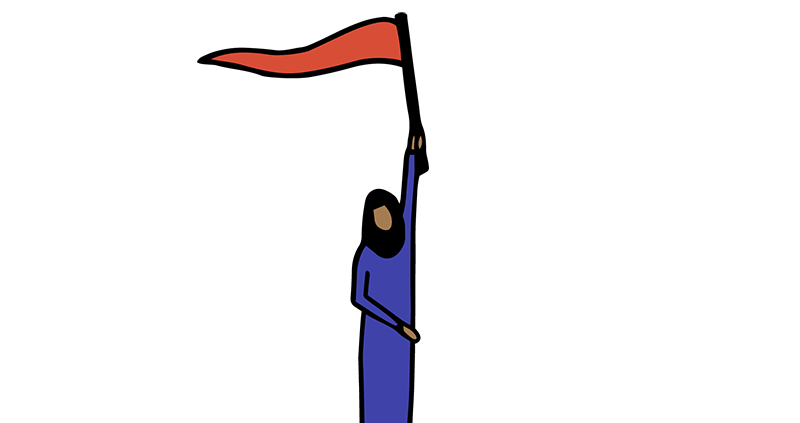 World leaders and experts will meet in Glasgow in November at the global climate talks, COP26. Global problems need global solutions. The decisions made at COP26 will shape how governments respond (or not) to the climate crisis. They will decide who is to be sacrificed, who will escape and who will make a profit. So far, governments have done too little too late: colluding with corporations and hiding behind green washed ‘solutions’ that actually don’t exist yet, that don’t address the scale of the problem, and in many cases rely on more exploitation of people and the planet. COP26 is happening at a crucial moment in history. Across the world and across movements, we are seeing a new wave of resistance, global solidarity and grassroots organising. We have a unique opportunity to rewire our system as we recover from the pandemic. We can either intensify the crisis to the point of no return, or lay the foundations for a just world where everyone’s needs are met.

The main agenda item for COP26 is to finalise “implementation guidelines” for Article 6 of the Paris Agreement, which has to do with “cooperative approaches” to tackling climate change. At COP25 in Madrid no agreement could be found on the contentious issue of carbon markets.

In the aftermath of the COVID-19 pandemic and global economic crisis, the focus of the UK and many other governments is shifting and COP26 will reflect this even if it does not become a formal negotiating item.

Due to the COVID-19 pandemic, in March 2020 the UNFCCC Bureau decided to postpone COP26. The U.K., in its role as COP26 President, then worked with the Bureau to consult other countries and civil society observers before eventually proposing 1st – 12th November, 2021 as the dates for a rescheduled COP26.

Preparatory meetings to lay the ground for decisions to be reached in Glasgow were due to take place in Bonn, Germany, in June 2020. Due to the German government’s COVID-19 restrictions, they were rescheduled to October 2020, and then suspended indefinitely. It is expected that these preparatory meetings will take place at some point during 2021.

While the UN and the UK have put together a variety of online events – such as the June 2020 “Climate Momentum” or the November 2020 “Race to Zero” and “Climate Dialogues” – these are not formal negotiating sessions and cannot arrive at decisions that could be agreed to at COP26.

The UNFCCC (also called ‘the Convention’) was created in 1992 at the Earth Summit in Rio de Janeiro, and entered into force in March 1994. The Convention sets a framework for efforts by governments to tackle climate change, with the ultimate objective to stabilise greenhouse gases “at a level that would prevent dangerous anthropogenic (human induced) interference with the climate system”. Almost all countries in the world have ratified, or agreed to be ‘Parties’ to, the Convention. The UNFCCC is also the name of the Secretariat charged with supporting the global response to climate change. Among other things, the Secretariat makes practical arrangements and prepares official documents for climate talks, provides expertise, assists Parties in implementing their climate commitments, and coordinates with other relevant international bodies. The UNFCCC Secretariat is based in Bonn, Germany and is headed by an Executive Secretary, Patricia Espinosa.
The official UNFCCC COP is split into a Blue Zone, for official badge-holders only, and a Green Zone, which is open to the public to visit. In theory these two spaces are linked but in practice there is very little flow of people from the Blue Zone into the Green Zone. We expect the Green Zone to be within the Glasgow Science Centre Building where the public and school groups will be able to interact with various organisations, from businesses and universities, to NGOs and international organisations. Within the Blue Zone at the Glasgow SEC there are UN officials, representatives from governments, negotiators, advisors, a lot of press and media, and organisations with 'Observer' status. In the second week heads of state will arrive and at COP26 we expect 196 to be present. The observer organisations are grouped into ‘constituencies’ including indigenous groups, women and gender, local government, business and industry, young people, trade unions, environmental NGOs and research NGOs. In addition to the official COP spaces there will be a Civil Society Hub that will act as a base for activists from around the world to meet and socialise. This will be open to everyone - those badged delegates of COP from global civil society and activists, both local and those who have travelled to Glasgow to add their voices to calls for global action. Kat Jones, SCCS
COP needs the participation of global civil society – from putting pressure on decision makers at COP through stunts and advocacy, to building momentum in-between COPs, and providing a welcoming space to host people from around the world as they travel to the city where COP is taking place. In the UK civil society has been working hard since Glasgow was announced as the venue of COP26 to ensure people of all backgrounds can be part of the COP experience. This has included working with civil society groups in Chile and Spain to ensure the passing on of vital COP knowledge and mobilising, and the creation of a UK COP26 Civil Society Coalition to coordinate the work in the lead up to COP. This work covers areas including logistics, mobilisations (particularly the huge march expected to happen the middle weekend of COP), political strategy, Glasgow local engagement, and global solidarity. Civil society is also working with the UK and Scottish governments to create an inclusive COP and has regular information sharing meetings. Civil society and governments also work together to facilitate access to the 'green space' at COP26, which is the official UN area that civil society has traditionally occupied. In addition, civil society is working to create the Peoples’ Summit, an annual meeting that runs parallel to COP and brings together organisations and networks from various parts of the world to creatively share experiences, promote alternative solutions and strengthen global organisation and local action to curb the climate crisis. COP has huge potential for Scottish and UK civil society to both welcome and learn from global civil society as campaigners travel from around the world to share stories of climate impacts and to call for climate justice – there are many ways to make the most of these opportunities. Fiona CA