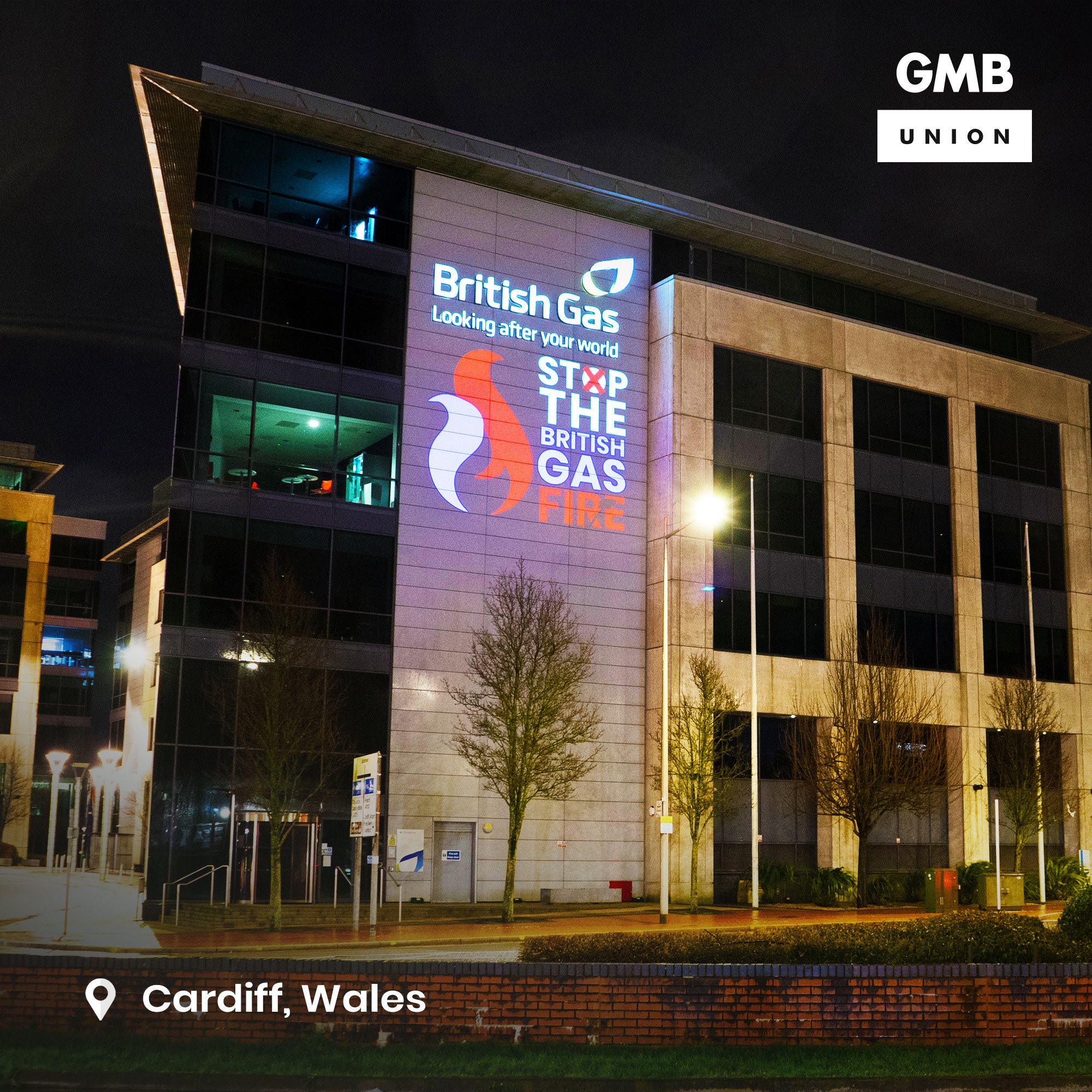 Thousands of GMB members at British Gas are taking action over the company’s strategy to fire them all and rehire them on worse terms and conditions. Engineers and other workers will strike on January 22, 25, 29, 30, 31 and February 1.

The COP26 Coalition sends solidarity to the GMB members in the gas industry taking action to resist the outrageous fire-and-re-hire tactics of their employer. Big employers like British Gas who have made massive profits over many years must not be allowed to make workers’ pay for failing profits through loss of jobs, lower wages and cuts in terms and conditions.

The current crisis of British Gas is emblematic of a deeper crisis that is and will continue to affect many industries. Your fight deserves the support of all workers and all those who demand a fairer and more just society where the rights of shareholders to squeeze profits out of the labour and impoverishment of workers is ended. The rights of workers must be protected and must be a priority for the climate justice movement.

The UN Climate talks at the Glasgow COP26 meeting in November 2021 is a critical moment for all of us, for the climate and for communities in the global south who have contributed the least to climate change yet are suffering first and most through more extreme weather events, rising sea levels, deforestation and the deterioration of agricultural land and water sources. The COP26 meeting is also critical for workers in carbon industries like gas.

The COP26 Coalition, made up of trade unionists, environmental, faith and justice activists are demanding that workers’ and their families’ lives are not only protected but afforded the dignity and respect we all deserve. Workers in Britain and communities in the global south both need a Just Transition to a zero-carbon economy. This means significantly changing existing industries and providing training for workers to gain new skills. A sustainable and just economy must be a greener economy. The COP26 Coalition believe gas workers must be part of the solution to the climate crisis whilst British Gas are part of the problem.

We send you our solidarity and wish you well in your dispute.